Update on Equal Opportunities and More 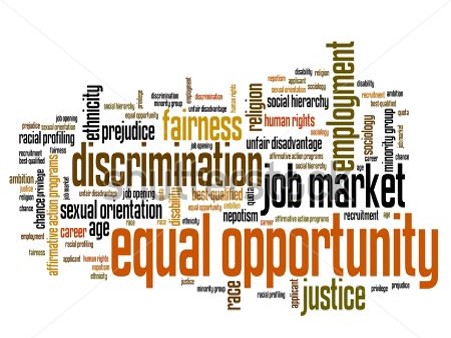 Equal opportunities and more – there’s probably never been a month like it for employers. Although April has always denoted the implementation date for new legislative changes in the UK, 2017 sees a record-breaking array of far-reaching initiatives.

And while the apprenticeship levy is an opportunity to rethink ways of doing things, there’s also a challenge to ensure your organisation is compliant with new regimes. Here are the most significant changes you’ll be seeing this month.

The government wants 3 million new apprenticeships by 2020 funded with a new payroll tax that has broad implications for the way apprenticeships are organised, shifting responsibility away from training providers to employers.

It has just come into force for employers in England with a playbill of £3m or more paying 0.5% of their monthly payroll as a levy via PAYE.

Further equal opportunities include employees currently use salary sacrifice arrangements to pay for everything from white goods to gym memberships. But that will change dramatically when the tax and NIC contribution advantages of many such arrangements come to an end.

Company cars, parking, private health schemes and health screening checks, gym memberships, mobile phone contracts, computers, accommodation and school fees are among the benefits-in-kind that will be taxed through payroll for the first time from 6 April.

Certain transitional arrangements exist for plans already in place before April 2017, which are protected until April 2018 or April 2021 in some cases. And pension contributions and advice, childcare, cycle-to-work schemes and ultra-low emission vehicles remain exempt from tax.

Another worrying equal opportunities stubborn and troubling problem is the gender pay gap. But will the reporting regime getting underway this month prove the first step in its eradication?

Employers’ proportions of male and female full-time staff must be recorded in the lower, lower middle, upper middle and upper quartile pay bands, which will lead to some complex calculations for number-crunchers.

Private and voluntary sector firms must base their equal opportunities data on staff employed on a ‘snapshot’ date of last 5th April, while public sector organisations must use 31st March. Employers then have 12 months to publish the information on their website and a government website. The figures, along with a written statement confirming their accuracy, must be accessible to staff and the public.

It is unclear if and how pay gaps will be publicised as ‘league tables’, and sceptics suggest the broad figures do not address like-for-like inequalities between similar jobs. But Denise Keating, CEO of the Employers Network for Equality & Inclusion, says: “These rules should not be seen as a punishment for employers but a real opportunity to create a difference in tackling the pay gap and increasing female representation at the higher levels of organisations.”

New limits on statutory redundancy pay have come into force. Employers making redundancies must pay those, with two years’ service, an amount based on their weekly pay, length of service and age. Qualifying weekly pay is rising by £10, to £486.

The weekly rate of statutory sick pay has also increase from £88.45 to £89.35. To get these payments, employees’ average earnings must be equal to or greater than the lower earnings limit, now £113.

Equal opportunities affecting statutory maternity, paternity, adoption and shared parental pay is increasing to £140.98 for weeks commencing on or after 2nd April. These rates will reduce to 90% of an employee’s earnings, if this is lower than the statutory rate.

But the biggest change for parents is coming. Chancellor Philip Hammond has confirmed that a new tax-free childcare scheme would be rolled out to eligible parents by December 31st. This will provide those with children under 12 an equivalent tax credit of up to £2,000 a year per child.

Brexit will affect the nature of skilled migration, but a less-heralded change this month may have its own significance for employers.

Businesses sponsoring skilled workers under tier 2 of the immigration points-based system will now have to pay an annual levy of £1,000 per certificate of sponsorship. A fee of £364 will apply to small employers and charities. The salary threshold for the tier has increased to £30,000, for migrants who are ‘experienced workers’.

Changes to the IR35 tax system mean public sector employers will have to deduct tax and NICs from contractors’ pay at source, rather than allowing them to defer and claim expenses. It has been suggested that many who work now regularly in the public sector could lose 30% of their take-home pay.

The reforms affect central and local government, the armed forces, police, BBC, the NHS and Transport for London, among others. Some will prefer to work in the private sector; others will charge increased day rates. But HMRC is likely to be watching closely, with some pundits expecting the rules to be extended beyond the public sector in the future.

I realise a lot of this won’t apply to SMEs but nevertheless you should be aware because traditionally what starts with the big companies drifts down to embrace all sectors.