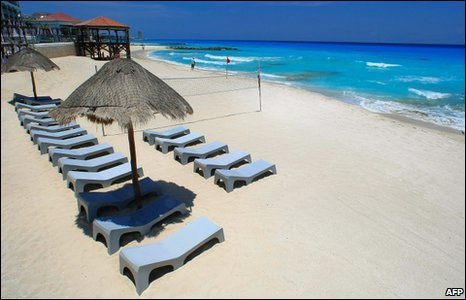 The latest HR news is that businesses with self-employed workforces are highly likely to have to compensate many of their workers for previously unpaid holiday, after the European Court of Justice (ECJ) today ruled in favour of a worker in the long-running and eagerly awaited Sash Windows case.

The court decided that Mr King – a commission-based salesman who had not received holiday pay for 13 years and took numerous unpaid holidays during this period – was due compensation for his time off.

This latest HR news is likely to mean that anyone with worker status will be able to carry leave over to subsequent years if they are unable to take it for reasons beyond their control. More significantly, it will almost certainly lead to large and potentially uncapped compensation for businesses whose workforces may be able to argue that they should be recognised as workers, including many in the gig economy.

In 2008, Sash Window Workshop offered King an employee contract, but he opted to remain self-employed and continued to do so until he was dismissed in October 2012 – on his 65th birthday. He brought a case regarding his dismissal in December 2012.

As a worker, King argued that he was entitled to receive payment for previously taken unpaid leave, and claimed for all holiday he had accrued since the beginning of his employment with the business in 1999. He also said he had not been able to take this leave because the business did not provide pay during leave.

Although King was successful at the employment tribunal, his former employer overturned the decision through an appeal to the Employment Appeal Tribunal. King then appealed to the Court of Appeal, which ruled in his favour.

Current regulations state that statutory holiday entitlement under the Working Time Directive expires at the end of each leave year, and is lost if not taken. The only exception to this is if, at the end of a leave year, a worker who is off sick has been unable to take planned annual leave because of sickness absence. The Sash Windows ruling means other workers could be given the right to accumulate unexercised rights to paid annual leave when their employer does not put them in a position in which they were able to exercise it, if the Court of Appeal follows the ECJ.

“Those who are seen as self-employed by businesses, who are in fact workers, could be given the right to claim a lump sum of holiday pay from the businesses they work for. This could allow workers who haven’t been allowed to take paid holiday to file claims against the business.”

This HR news is another step in the current saga of worker status and follows on from Uber, Deliveroo and Pimlico Plumbers claims. The ruling emphasises how important it is for employers to resolve their staffs’ status as soon as possible to minimise any risk of being on the receiving end of a similar claim.

This decision will be of “great significance” to workers wrongly categorised by their employers as self-employed. “In the longer term, the decision should reduce the financial incentive for employers to deny that their staff are entitled to holiday pay – since, if the employer gets this wrong, it must compensate the worker accordingly,” he said.

The European court has made clear its forthright position by stating: ‘An employer that does not allow a worker to exercise his right to annual leave must bear the consequences.’ Gig-economy employers in particular will be affected hugely by the decision