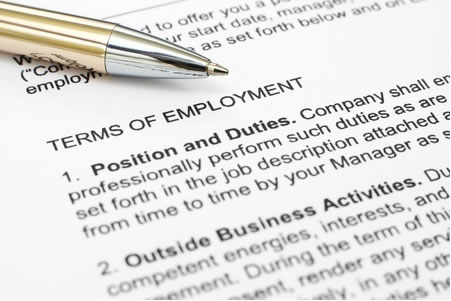 The ECHR was established in the aftermath of World War II and its remit is to enforce the Universal Declaration of Human Rights, it is unclear what if any its influence will be in the UK after Brexit as unlike the ECJ it is not a EU institution.

The ECHR on 5th September published a finding which is of interest to employers in the UK. Employers have been aware that employees use the company’s email systems for private use. Most employment contracts implicitly acknowledge this by inserting a clause that allows employers to view workers’ emails on the company’s system to ensure they are not being abused or information posted which would bring the company into disrepute.

“Bogdan Mihai Barbulescu” was sacked for sending the messages via the Yahoo messaging system in 2007.
His employer had used surveillance software to monitor his computer activity.

A Romanian court ruled in 2016 that the firm was within its rights but this has now been overturned.
Mr Barbulescu successfully challenged the original decision.

It’s a complicated and nuanced judgment. But the main point is that workers have a right to their privacy to be respected in the workplace. If an employer is going to monitor their emails and messages, the employer should (exceptional reasons aside) tell the worker that their communications might be monitored. Here, although the employee knew it was forbidden to use work computers for personal purposes, he had not been told that the employer was monitoring his communications.

Accordingly, the ECHR held that the Romanian court’s decision was wrong, and that Romanian law failed to strike a fair balance between the employer’s and the employee’s interests. So, there was a breach of Article 8 and the employee was entitled to compensation.

The ECHR also said it was not clear whether Mr Barbulescu had been warned that his communications would be monitored, and that the original court had not established specifically why the monitoring had taken place.
Although it was questionable whether Mr Barbulescu could have had a reasonable expectation of privacy in view of his employer’s restrictive regulations on internet use, of which he had been informed, an employer’s instructions could not reduce private social life in the workplace to zero,” said the court in its decision.

The ECHR says the ruling does not mean that firms cannot now monitor employee communications at work, and that they can still dismiss employees for private use.

“However, the Court considers that States should ensure that, when an employer takes measures to monitor employees’ communications, these measures are accompanied by adequate and sufficient safeguards against abuse,” the Court said.

The ruling will confirm that companies will now have less leeway to monitor employee communications than they had thought.

It will hopefully remind employers that they need to think about these issues and be very clear with employees about what is and isn’t permissible.

Employees also need to be smarter about the way in which they use both personal and work devices.
In the UK both the Data Protection Act and the Interception of Communications Act set out clear guidelines for employers regarding what they can monitor.

The employer will have to make sure the employee understands that monitoring might happen and you must a good reason for doing so.

It’s all about having a dialogue and having an agreement about what is and isn’t personal.

There also needs to be clear guidelines about the use of personal devices for work purposes.