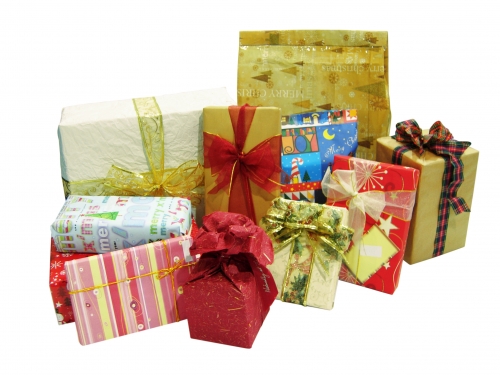 With Christmas season now officially here I thought it would be a good time to reissue the normal precautionary advice. I don’t want to sound like scrooge but you as employers do have responsibilities. There are many horror stories about office parties and their implications for employers, but you should not be afraid of them – providing you take some simple steps beforehand.

Hopefully anyone with responsibility for HR will know the steps they need to take but for the sake of completeness, we have set out some of the basics below:

So without dampening everyone’s spirits, you just need to ensure that employees and their guests are aware of the limits before the event. Many firms will be using an office function as a ‘thank you’ to staff who have worked hard through what for may have been a difficult year, and if this is the case, a word of thanks would also not be out of place.

Now for presents. Where’s last year’s list? We sent Aunt Mabel a present last year but did she send us one, so should we send her one this time? Difficult questions indeed, but quite superficial when compared with the issues surrounding gifts between companies.

Actually these gifts, although classed as company-to-company, are usually company to individual, and that individual probably is someone who places orders or contracts. But how lawful, how ethical and how effective are the gifts? Looking at the last of those three questions: if they are not effective and achieve nothing, what is the point of them? Are they really just a token of thanks or more likely a “please” for more business? If they are signalling “please” rather than “thank you”, then they are obviously a bribe and as such are likely to be judged a breach of the Bribery Act that came into force last year.

Bribes are not only unlawful but also unethical. Really the only way that a gift between companies can be neither unlawful nor unethical is if it is given by a company to a supplier as a token of appreciation for services rendered. You are unlikely to ask a supplier for more business.

A further unfairness can show in the receipt of a present. Bungo Components supplies United Widgets with components. Orders are placed by the buyer of United Widgets, Mr Byers; the products are assembled by Mr Maykhem; they are sold by Miss Sayle; the goods are invoiced and the money received by Mr Cash; and the chief executive is Mrs Boss. Who then should get the bottle of whisky? It usually goes to the buyer, but is that fair? And what if Mr Byers is head of the purchasing department but told a member of his staff, Miss Clarke, to source the cheapest supply of components while he dealt with strategic matters – who then gets the whisky?
These questions really put the issue of company-to-company Christmas gifts under the spotlight. A present from a supplier to a body on which it relies for business is bound to be viewed by a bystander as a bribe unless it is a means of advertising such as a displayed calendar. So giving such presents could bring the donor into legal difficulties. The recipient therefore would be well advised to say, as many companies do now say, that presents are unacceptable and must be returned.

Nevertheless if presents are accepted as a statement of thanks, they surely should not become the property of one person. A fair way to deal with presents would be, say, to give them to charity. Another way would be to put them on display to all employees, place a piece of paper alongside each, and have employees write bids on the paper, the highest bidder taking the present and the proceeds going to charity. This would be a useful way of raising money for charity, be seen by everyone to be fair, and would remove the taint of bribery.

Confused? Well, that’s Christmas shopping for you! If you want to make life simple and safe, forget about inter-company presents and just send a letter of thanks to your customers and suppliers. They probably would put it on a notice board, many of their employees would see it and appreciate it, and it thus would do far more good than a present. Think about it.

If you need any help or guidance on this or any other human resource or employment law issue please contact me on 0203 640 7748 or at mnewman@ukemploymentlawadvice.co.uk.